"Go for your dream. Go to your club and ask to play – and if you're good enough, you could end up playing for your country.”

As part of its Football for All Abilities portfolio, UEFA has set up partnerships with a group of organisations with the aim of using football as a tool for broadening the inclusion of players of all abilities, in addition to marginalised or excluded groups.

The programme has enabled each participating organisation to develop long-term activities and set positive targets and objectives. Meanwhile, the organisations themselves have been instrumental in helping people fulfil sporting dreams.

The International Federation of CP Football (IFCPF), previously under CPISRA,  is one of the six bodies within UEFA's portfolio, which started in 2012, and is undertaking excellent work in its specific field. CPISRA is an international governing sports body for athletes with cerebral palsy or a related neurological condition. The body's relationship with UEFA stretches back a number of years, and it received UEFA's CHF 1 million Monaco Charity Cheque in 2007.

The IFCPF, previously CPISRA, is working towards a world where people who have cerebral palsy or a related neurological condition have the opportunity to participate in the sport and recreational activity of their choice.

The IFCPF’s objective is to increase its capacity to best serve its evolving and increasing membership. As part of this objective, in 2010, the General Assembly of the CPISRA adopted a motion for cerebral palsy (CP) football to become an independent sport. Preparations commenced in 2014 to establish a new federation for cerebral palsy (CP) football. The new federation is called the International Federation of CP Football (IFCPF) and commenced operations in January 2015. The IFCPF will now be responsible for providing member countries with resources to help to increase the quality and quantity of CP football.

Since the partnership with UEFA began, 11 more countries have started participating in CPISRA events. Austria, Germany and Wales are among
the European countries to have joined, with Belgium and Norway also becoming active.

The advent of the international federation (IFCPF) in 2015 is a very important milestone for CP football. Much emphasis is being placed on the business
plan. This should give the game of Football 7-a-side a systematic approach to allow further successful development, thanks largely to the support of a network of dedicated volunteers. 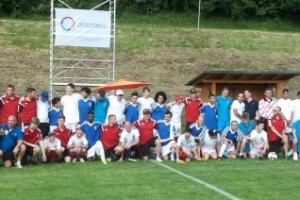 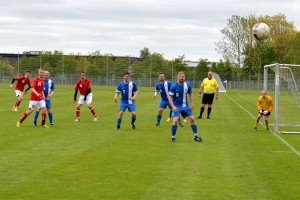 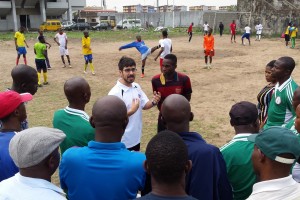