The competition was very interesting, as USA had an unexpected performance (got only one point in the whole tournament) and Venezuela showed an impressive development compared to last year, during America Cup. We had some very thrilling matches, such as Canada - USA (2-1) and Venezuela - USA (1-1).

The bronze medal match, unfortunately for the home team, has a so well organized Venezuela. Canada, although missing so much his best player Trevor Stiles, injured against USA, played its best, although could only score its goal in the last minute of the match, what made the possibility of taking the match to the extra-time more difficult.

The gold medal match was some surprising as we had Brazil facing a huge difficulty to enter Argentina's deffense. The game was equal 1-1 when the class 8 player from Argentina made a silly foul, what made him get the second yellow and things easier to Brazil.

The referees were coordinated by Mr. Isaac Raymond and had no big problems during the competition.

The field of play was watered 10 minutes before each match and also in the halftimes, what made the injuries we had last year in the test event much decreased.

The logistics of the organizing committee, with, for instance, ATOS Results providing all the official reports, made things easier.

Qualified for the 2016 RIO Paralympic Games

After completion of the ParapanAm Games the following teams have qualified for the 2016 RIO Paralympic Games. 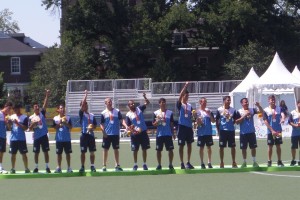 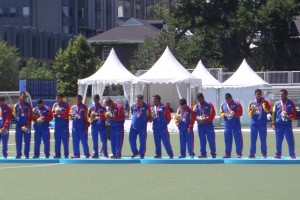