Ukraine is the winner of the IFCPF World Cup Salou 2022. Ukraine won the match against Iran with 1-0. Brazil became third, they won with 2-0 from USA.

Iran and Ukraine entered the pitch to decide which was the best team of the competition. Iran was trying to be the world champion for the first time. In a match played in a very intense and competitive level, the Ukrainians scored the only goal of the game in the 13th minute, by the top scorer of the World Cup, number 10 Ivan Donenko.

After it, they made a very strong defence, while the Iranians tried hard to find a space to shoot and at least get the tie, what didn't happen.

End of the game, 1-0 for Ukraine, one more time the world champions. The victory was effusively applaused by all the spectators, and highly celebrated by the Ukrainians players and staff. 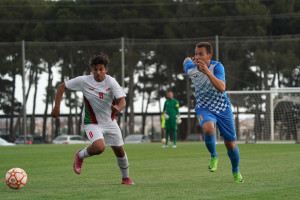 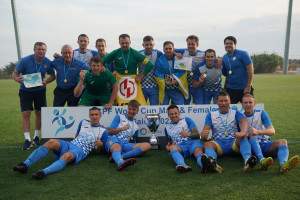