With the final month of 2020 already underway, get up to date with all the Cerebral Palsy Football news with a roundup of the main stories of November.

The end of November saw the publication of “Change-of-Direction Ability of Para-Footballers With Cerebral Palsy Under a New Evidence-Based and Sport-Specific Classification System.”

The study concluded that the test that requires dribbling skills looks to be both reliable and valid in classifying CP Footballers in the new classification system.

Chilean Alonso Baier Villarroel was is the latest athlete to join the IFCPF, stepping into the role of Youth Ambassador for the Americas.

The 15-year-old has insisted that he is a dedicated member of the sport and has the desire both to continue to practise playing, but also to encourage others to get involved and grow CP Football.

Anne Doe appointed to IFCPF Board

CP Football President of Ghana Ms. Anne Doe was appointed onto the IFCPF board into the role of “member at large for Africa”.

In this position, Anne will be tasked with addressing the relevant concerns that link to the development of the sport in Africa.

One of the most prominent objectives for the newly elected board member is to increase the number of African countries that participate in CP Football, with there less than ten countries in the continent that currently take part in the sport.

With an ongoing pandemic, the General Assembly was forced online via a zoom call. Despite not being together in one room, the meeting still brought faces together from across the globe, with key updates and motions allowing for a successful assembly.

Such motions passed included things such an expansion to the IFCPF World Cup, and to continue the investigation into the on-field observation assessment in classification.

Looking at the board, Pete Ackerley and Chul-Soon Shin both stepped down after not seeking re-election. Anne Doe, Iyoko Jin, and Ricky Treacy have all joined the board as “Members at Large” to Africa, Asia-Oceania, and Europe, respectively.

There will still be familiar faces, with Jan-Hein Evers keeping his place as IFCPF President, and Jim Moorhouse remaining as a Member at Large for the Americas.

Dr Annathurai Ranganathan was also approved once again as a Co-opted Board member until the following General Assembly.

As an ambassador, Mwethya has vowed to encourage more female CP Football players to get involved with the sport and said that she would do “everything in her power” to achieve her goals.

She is also looking forward to the next CP Football event, where she can meet fellow ambassadors from IFCPF. 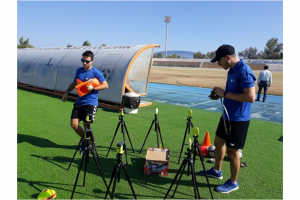 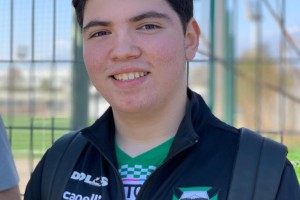 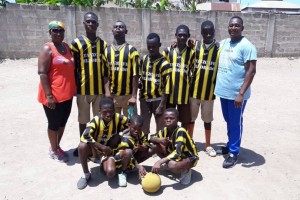