Povao de Varzim was the perfect setting for the first CP Football tournament for 2015, and the second successfull Footie  7 tournament hosted by PCAND in Portugal.

Five countries (Portugal, USA, Netherlands, Ukraine and Argentina) took part in this first CP Football tournament in 2015. Two matches were played each day, making it a total of ten matches in five days.  Overall,  the tournament was characterised with a good amount of  competitveness, lots of excitement and good sportsmanship.  It was also excellent preparation for the upcoming World Championships to be held in England in June 2015.

Ukraine won the tournament with a total of 10 points, with Argentina second and USA third.  A lovely awards ceremony was held at the end of the last match where the first three teams were presented with trophies by Dr Andreia Silva from Povoa de Varzim City Hall.  Awards were also presented to Best GoalKeeper (Symashko Konstyantyn - Ukraine) and  Most Valuable Player (Matias Bassi - Argentina).

All credit should go to the local organising committee, especially Marta Mascarenhas and Pedro Saraivas, who went out of their way to accommodate every request and solve any problem that arose.  The tournament was superbly organised and IFCPF would like to congratulate PCAND on a very successful event. 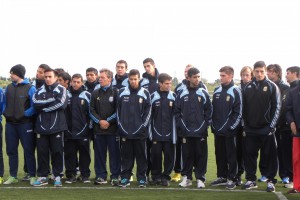 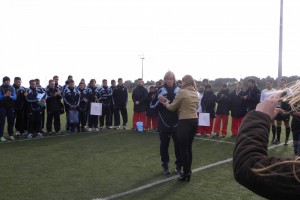