From the 20 – 22 May 2002, the CP Football Development Academy Dublin will again open its doors to clubs from around the world to bring junior CP players together for three days of competitive matches.  The event will take place in the AUL Complex in Dublin in and it is expected that between 70 – 80 junior players will CP will take part in the football festival.

This year’s event follows on from a similar event which the CP football Academy Dublin held in March 2019.  The 2019 festival proved to be extremely successful with teams from England, Northern Ireland, Scotland and the USA taking part in the festival.

For this year’s event, clubs from England, Denmark and Norway will be travelling to Dublin for a weekend of competitive matches, social interaction, and friendship building.   The CP Football Development Academy is keen to develop links with other CP Football clubs around the world, create an enhance worldwide network within junior CP football and provide better opportunities for competitive football for underarge players.

The clubs taking part in the football festival are – Bristol City CP FC (England), Slangerup (Denmark), KB Copenhagen (Denmark) and RØA IL (Oslo).  All of these clubs have invested huge time, effort and financial resources into their trip to Ireland and the CP Football Academy is delighted to welcome them to Dublin in May.  While it is hoped that the matches over the weekend will be competitive, the focus of the event will be on participation, collaboration, development and enjoyment!

The CP Football Development Academy is on the only CP specific football club in Ireland.  The club has grown significantly over the last number of years and continues to try and attract new players, male and female, into the club.  The club’s senior team will be taking part in the Club World Cup in Salou in May 2022.

The CP Football Development Academy would like to thank its sponsorship partner, Chill Insurance, for their ongoing support of the club and their assistance in running this event. 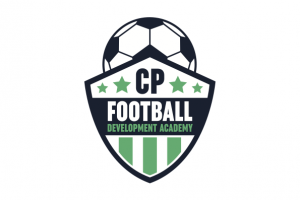